Vincent Vroom, attorney at law, is chairman of the Litigation & Risk Management Group. He specialises in restructuring and insolvency matters. He handles a range of issues in restructuring cases whether they arise within the courtroom or outside. 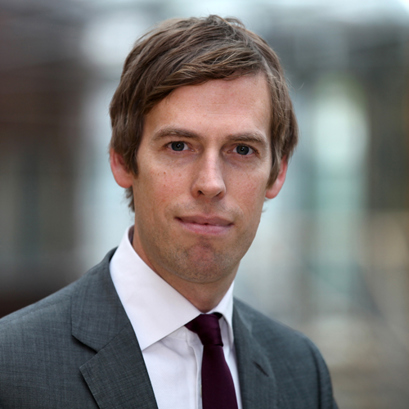 Vincent often works on complex matters in international settings and has worked on ground breaking cases where Dutch entities were involved in US chapter 11 proceedings, schemes of arrangement and other foreign restructuring and insolvency proceedings (including Brazilian RJ proceedings). Vincent also gained broad experience in financing transactions. He headed the London office of Loyens & Loeff from 2014 until 2018. His clients include investors, debtors and financial institutions. Vincent regularly contributes to both Dutch and international publications.

Recent matters that Vincent worked on include:

"Vincent Vroom is highly knowledgeably, a trusted partner, who gets straight to the heart of an issue, always with options to solve." (2021)
Legal 500 (2021)

Vincent Vroom rises in the rankings due to his expertise in complex multiparty deleveraging plans, global restructurings and bankruptcy mandates, often acting for both ad hoc creditor groups and debtors. One interviewee appreciates that "in a difficult restructuring negotiation he is very nice to work with."
Chambers Europe (2021)

"Vincent Vroom gives measured advice in a practical and balanced way. His calm demeanour cools the hottest of situations in meetings."
Legal 500 (2020)

Vincent Vroom enters the rankings owing to praise for his strong restructuring practice and experience acting on behalf of both creditors and debtors."Vroom is a very cool, calm, and collected individual," reports an impressed client, who adds: "He's very measured and reassuring when giving advice".
Chambers Europe (2020)

"Following a period in the London office, Vincent Vroom now heads the Dutch practice and is recommended for 'his unlimited knowledge and being one of the best in the field of bankruptcy' and 'a great creative thinker'."
Legal 500 (2019)

"Vincent Vroom offers expertise in complex multiparty deleveraging plans, global restructurings and bankruptcy mandates, often acting for both ad hoc creditor groups and debtors. An interviewee reports that "he has always been user-friendly and amenable to the client's needs."
Chambers & Partners Europe (2022)

"He has always been user-friendly and amenable to the client's needs."
Chambers & Partners Europe (2022)