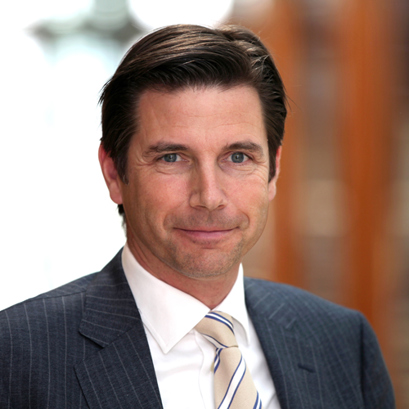 Within Loyens & Loeff’s investment management practice group Bartjan Zoetmulder specializes in real estate. Bartjan is an expert in (international) tax matters relating to the real estate investments and project development. He serves mainly foreign clients, such as US, Asian and European real estate investors and investment funds, although Dutch real estate enterprises are also among his clientele.

He founded the Central and Eastern Europe (CEE) team and is active member of the APAC team with focus on Japan, Singapore and Korea. Bartjan worked at the Tokyo office from 1995 to 1998 and was responsible for Loyens & Loeff’s Japanese practice in 2012 and 2013.

Bartjan was chairman of the Dutch Association of Tax Advisers (Nederlandse Orde van Belastingadviseurs (NOB)) from June 2018 until June 2021. Between 2008 and 2016, Bartjan was already a board member of the NOB, where he held the role of chairman of the International Tax Affairs Committee. Until the end of 2017 he was also chairman of NOB's Dutch Investment Climate Committee.

He is a much sought-after guest speaker and writer on tax policy, tax governance and other topics that fall within his field of expertise.

"Bartjan Zoetmulder has substantial experience acting for real estate investors on tax matters relating to the sale and purchase of assets in the Netherlands."
Chambers Europe (2021)

"A client states Bartjan Zoetmulder is a "pragmatic person who does not linger on every little detail," further adding he has "very sound commercial knowledge." Zoetmulder advises private equity firms on the tax aspects of refinancing and M&A transactions."
Chambers Europe (2020)

Bartjan is ranked as 'Recommended'.
Who's Who Legal - Corporate Tax - Advisory (2020)

“Sources recommend Bartjan Zoetmulder for his 'helicopter view' over mandates, saying: 'He is very good on strategy and overview of issues'."
Chambers Europe (2019)

"Bartjan Zoetmulder is noted by several sources for his strong visibility in the market as well as his commercial style. Clients say he is 'very knowledgeable, knows all new developments in tax law and he is very well connected as well but despite this he is always very available, quick to reply, down to earth in his advice and he boils things down to the minimum so it is understandable'."
Chambers Europe (2018)