Melle Boevink, attorney at law, is a member of the Litigation & Risk Management Practice Group in our Rotterdam office. He focuses on international arbitration. 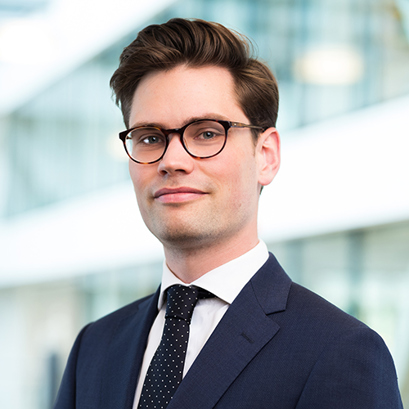 Melle advises international and domestic clients in corporate and commercial disputes both in international arbitration proceedings (including ICC, SIAC and NAI) and in proceedings before Dutch state courts (courts of first instance and courts of appeal). Melle has also worked for the Corporate practice group of Loyens & Loeff, where he gained ample experience on corporate law transactions (M&A), shareholders’ and joint venture agreements and general corporate advice to companies and their stakeholders.

Melle is recognized by the Legal500 as “key lawyer” of the firm's arbitration practice.

Association for German and Dutch Lawyers

"Melle Boevink is a promising young lawyer, and has been Tom’s right hand for many years."
Legal 500 (2022)